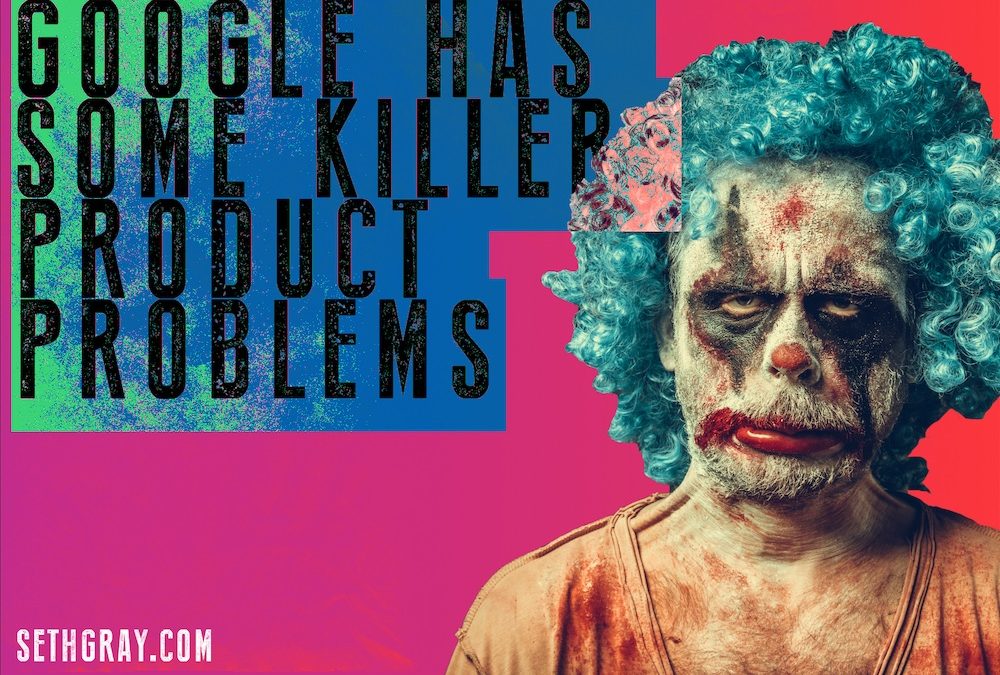 Google has been on a killing spree this year. Evidently, Google has axed a product or platform every 9 days so far in 2019. And Ars thinks that creates a trust problem for Google with consumers, enterprise, and with developers.

While the basis for his argument is sound: people need to be able to trust that if they spend time/resources on a platform like Google+ or Inbox, that platform will be around long enough to be worth the investment. His only suggested remedy is a public product roadmap, which obviously isn’t enough.

Because it completely ignores one critical factor: the tech adoption lifecycle. You know, the bell curve that starts with innovators and early adopters, all the way through Iowa-seed-potato-adopting laggards? No, seriously. That tech marketing framework was originally developed to describe the behavior of seed potato adoption. Anyway, Yes, these product executions are correlated with a lack of trust. But it’s not the root cause.

The root cause is Google products getting stuck in the chasm between innovators/early adopters and the early & late majority. The root cause is that Google is so big, even a dud has millions of users adopt it relatively quickly. But they’re the innovators, the ones who want to try new tech for the sake of trying new tech. Or they’re the early adopters, who want to use the new tech to gain a strategic advantage. They want discontinuity. Disruption. And then… nothing. For years. The products Google kills sit there in this yawing gulf between nerds like me and the early majority.

Early majority doesn’t want discontinuity. They’ve already invested in infrastructure and systems, and/or they’re not willing to become technically savvy enough to use a clunky product. They want the new things to fit into their existing paradigm and increase productivity, efficiency, etc. They want continuity. So, in that sense, yes. Google killing products = brand problems.

But not for the reason most people are suggesting. Because the majority was never going to adopt Google+, or Inbox, or Google Hangouts “Classic” anyway for one simple reason: the products never found a killer use case for continuity-seeking majority. The products being killed required behavior change from the users. Don’t post to Facebook, post to Google+. Don’t use Skype, use Hangouts.

Google has a history of large product launches that then fall flat because adoption is slow or stagnates. Big marketing blitz, flashy demos. But, in reality, these are products built for innovators and early adopters, not for the majority. Too much discontinuity with existing behaviors and workflows. Not enough sticky, productivity-enhancing-ness. Is that a word? Is now. And then? Those products don’t get used. They languish in mediocre product purgatory. Then, when Google finally kills them, the tech press says it’s causing brand problems? Nah.